In December, one of my all-time faves, Dostoyevsky’s Notes From Underground, gets a makeover. What’s being touted a “radical new translation” of the famous short novel will hopefully introduce a new generation of readers t 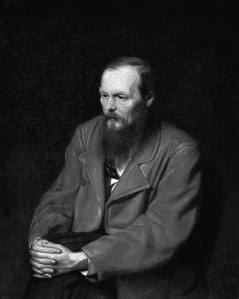 Also amazing is critic David Denby’s essay on the new translation, “Can Dostoevsky Still Kick You in the Gut?” featured in the New Yorker magazine.

To answer Denby’s question: Yes. Dostoyevsky still offers insights into humanity, even after multiple reads. Notes From Underground remains one of his most powerful, and accessible, works. And one of my favorites.

Denby agrees, but says it with a more eloquent touch. No surprise, he’s an accomplished critic and author, and I recommend reading his excellent work of cultural ettiquette, Snark, which I reviewed for the Rocky Mountain News in 2009.

But first, read Denby’s take on Dostoyevsky. And it wouldn’t hurt to give Notes From Underground another peruse while you’re at it.